No bother at Bovington 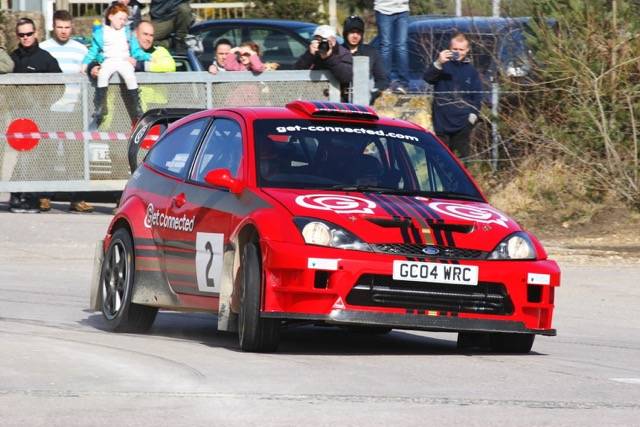 A lower and stiffer set up would have better suited the conditions, but as this was a test for the forthcoming Tour of Epynt, Damian was running with a full Irish Tarmac spec set-up.

Despite this, he was only seven seconds behind the leader at the end of a dry opening day.

The second day was wet and slippery, and whilst taking no risks he was still challenging for the lead – until the launch control system failed at the start of SS10, resulting in a loss of time as the system was rebooted.

Damian went on to set fastest time on the final two stages to eventually finish a strong second overall.

It was also a good outing for his new co-driver Shelley Rogerson, who was contesting her first rally since the 2009 Cambrian.

“The Bovington Stages was a good pre-season test with the Focus WRC – we didn’t want to do anything silly, particularly when it was wet and slippery on Sunday, so we were very pleased with the way it all went,” said Damian.

“It was also a good run for Shelley, as it was her first rally since 2009. It’s certainly given her a lot more confidence going into this weekend, which will be only her second event on Epynt.

“We were competitive, even though we were using the Irish Tarmac set-up that we’ll use on Epynt; a lower and stiffer set-up would have been better for Bovington, but that wasn’t the reason for going there. We were still able to battle for the lead, but lost time when the launch control failed at the start of stage ten, stalled the engine and had to restart the system. We set fastest time on the final two stages to finish second, which we were very pleased with.

“Last weekend was the first rally that I’ve finished an asphalt rally in the Focus WRC since 2015. I haven’t used it much since then of course, and the car has a very good record – never finishing lower than fourth on asphalt when we have finished and I’ve won five of my six Asphalt Rally Championship titles in it.”